The main antioxidant of Jwell extrusion machinery is to capture polymer peroxy radicals as its main function, and is also known as “peroxy radical scavenger” and “chain-terminated antioxidant”, involving aromatic amine compounds and hindered phenols Compound two series of products.

Auxiliary antioxidants have the function of decomposing polymer peroxy compounds, also known as “peroxide decomposers”, including thiodicarboxylate and phosphite compounds, and are usually used in conjunction with primary antioxidants.

Heavy metal ion passivators are commonly known as “anti-copper agents”, which can complex transition metal ions and prevent them from catalyzing the oxidative degradation reaction of polymer resins, with typical structures such as hydrazide compounds.

Broadly speaking, all additives that can improve the impact resistance of rigid polymer products are collectively referred to as impact modifiers. Impact modifiers in the traditional sense are basically based on the theory of elastic toughening, and the compounds involved almost without exception belong to various copolymers and other polymers with elastic toughening effect.

china extruder machine plasticizer is a kind of additive that increases the plasticity of polymer resin and gives the product softness. It is also the plastic additive category with the largest production and consumption so far. Plasticizers are mainly used in PVC soft products, and are also widely used in polar plastics such as cellulose.

Most of the light shielding agents are carbon black, zinc oxide and some inorganic pigments or fillers, and their role is achieved by shielding ultraviolet rays.

The free radical scavenger uses hindered amine as a functional group, and its corresponding nitroxide radical is the basis for capturing polymer radicals, and because this nitroxide radical has regeneration during the stabilization process, the photostabilization effect is very prominent, So far, it has developed into the light stabilizer category with the most varieties and the largest production and consumption. Of course, the role of hindered amine light stabilizers is not limited to capturing free radicals. Studies have shown that hindered amine light stabilizers often have the functions of decomposing hydroperoxides and quenching singlet oxygen at the same time. 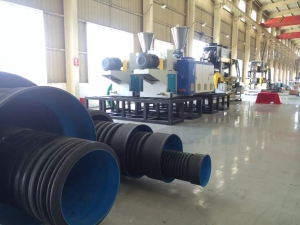 Analysis of the Causes of Material Pouring in the Pipe Extruder 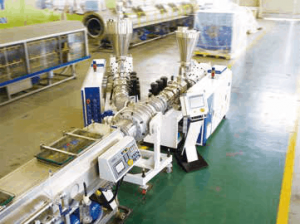